These hour-long documentaries are available at no additional charge. APM Reports’ award-winning journalism is included in your affiliation fee. Air them as a series, or individually to meet the needs of your audience.

APM Reports is a collection of investigative journalists and documentary producers, editors, researchers and digital producers dedicated to producing high quality reporting on issues that are often shrouded from public view.

Stephen Smith
Stephen Drury Smith is the executive editor and host of APM Reports. He has covered a wide range of international and domestic issues, including human rights, education, science and health, race relations and American history. His work has received many national journalism awards, including the duPont-Columbia University Gold and Silver Batons, the Robert F. Kennedy, Edward R. Murrow, Overseas Press Club, Investigative Reporters and Editors, International Consortium of Investigative Journalists, Major Armstrong, Society of Professional Journalists and Scripps-Howard awards. Smith is a graduate of Macalester College, where he is a visiting instructor in English. He holds an M.A. from the University of Chicago, where he was a William Benton Fellow

APM Reports documentaries are available to APM stations on ContentDepot 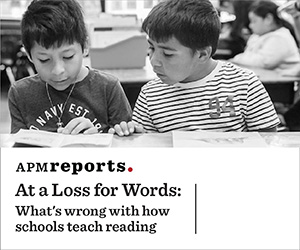 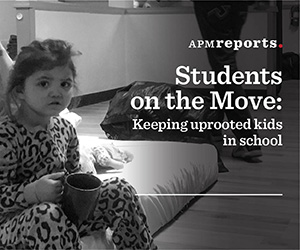 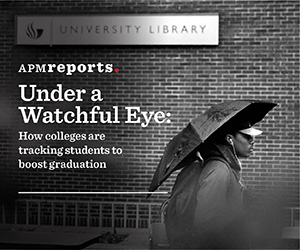 Affiliate stations may carry these programs at no charge until July 1, 2020. Multiple broadcasts are allowed. Programs must be carried in their entirety; no excerpting is permitted. 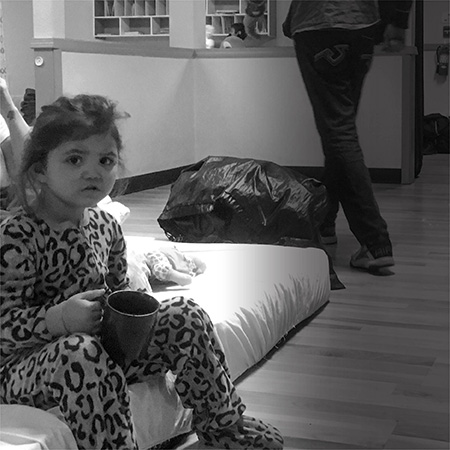 Homeless families wake up before dawn at the Open Doors shelter in Spokane, WA.

Students on the Move: Keeping uprooted kids in school

Frequent moves are hard on kids. A growing body of research says children with unstable housing are more likely to struggle in school and more likely to drop out - and millions of children in the United States face housing challenges.

This documentary focuses on two groups who often change addresses – homeless kids and children of migrant farm workers – and explores efforts to help these students do well in school. 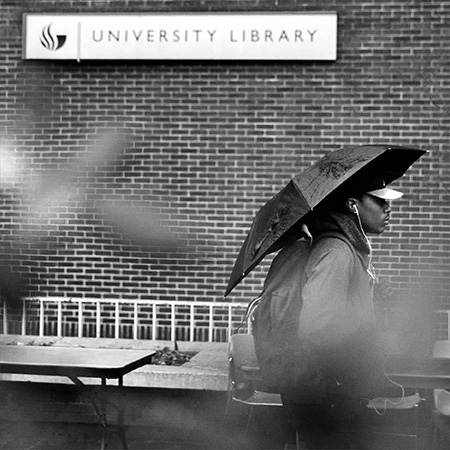 A student moves through the rain on the campus of Georgia State. The school is using student data and predictive analytics to better understand which students are at risk of dropping out.

Under a Watchful Eye: How colleges are tracking students to boost graduation

Colleges need more students to graduate, so many are embracing a tool used by corporations and social media companies to track the clicks and movements of their customers: big data. Colleges collect a trove of information on their students, and private companies are helping them make predictions about who's at risk of dropping out, or who's unlikely to succeed in a major, so students can get extra help or be steered to subjects where they're more likely to do well.

Reporter Jill Barshay of the Hechinger Report teams up with APM Reports to examine the growing use of predictive analytics to get more students across the finish line and deliver more revenue to school – and how that's reshaping the college experience. 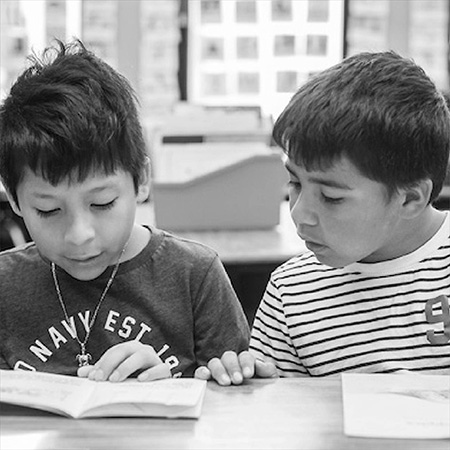 Students work together during a first grade literacy and reading instruction class at Achieve Academy in Oakland, CA.

At a Loss for Words: What's wrong with how schools teach reading

There's an idea about how people read words that's deeply embedded in teaching practices and curriculum materials used in most elementary school classrooms. While the idea has been disproven by cognitive scientists, it continues to be taught in teacher preparation programs, promoted in professional development sessions, and marketed by publishers.

This documentary – a follow-up to last year's "Hard Words: Why aren't kids being taught to read?” – investigates where the idea comes from, why it holds on, and how it harms kids.

Questions about carrying APM Reports programs? We're here for you.